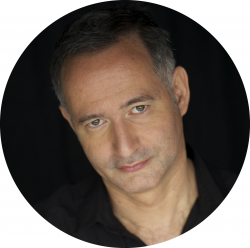 Shalev Ad-El , former music director and chief conductor of Israel’s highest ranking chamber orchestra, the NKO. Graduated from the Royal Conservatory of The Hague in 1988. As a soloist he has played with most of the leading orchestras in Israel including the Israeli Philharmonic Orchestra. Ad-El frequents some of the world’s most prestigious venues such as Wigmore Hall, Carnegie Hall, Suntory Hall, Berlin Philharmonic, etc. He is a member of Il Gardellino, Berlin Philharmonic Stadivarius Soloists and the music director of Accademia Daniel and Oslo Baroque Soloists.

In 2008 he was awarded the German FASCHPREIS for his lifelong contribution for reviving central-German music.