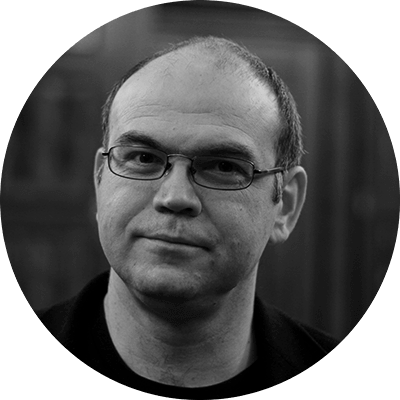 ROBERT HUGO got his first university degree at the Faculty of Science at the Charles University in Prague. He also is a graduate of the Academy of Performing Arts in Prague, the Department of Music Theory. He studied organ with Milan Šlechta and Jaroslav Tůma (at the same institute) and harpsichord with Helmut Franke and John Toll. He gained experience with early music by working in early music ensembles in Germany, Poland, France and the United Kingdom, especially in projects by Holger Eichhorn and Marcin Bornus Szczycinski.

Since 1990 he has been working as an organist of the Academic Parish Prague in the church of the Holy Saviour in Klementinum, he also worked as an opera conductor at the National Theatre in Brno. He has given concerts in many European countries and Canada. As a soloist, he focuses mainly on the historical organ and keyboard instruments of the South German region.

He dedicated his scientific and artistic work to the unique personality of the Benedictine composer of the Baroque era Gunther Jacob. With the ensemble Capella Regia Prague, which he founded in 1991, he has been devoting himself to Czech and Central European Baroque music for many years. In recent years, he has realized a number of opera projects in Baroque theatres in Český Krumlov and Valtice.

The result of his scientific and artistic activities is a long series of mostly premiere recordings of the Czech and Central European Baroque music. He lectured music theory at the Hochschule für Kirchenmusik in Görlitz (Germany). Robert Hugo works as an artistic director at the Academy of Early Music of the Faculty of Arts, Masaryk University in Brno.

Further information about Robert Hugo can be found at:

Music for keyboard instruments of the 17th and 18th centuries, preferably playable on instruments with a short octave.