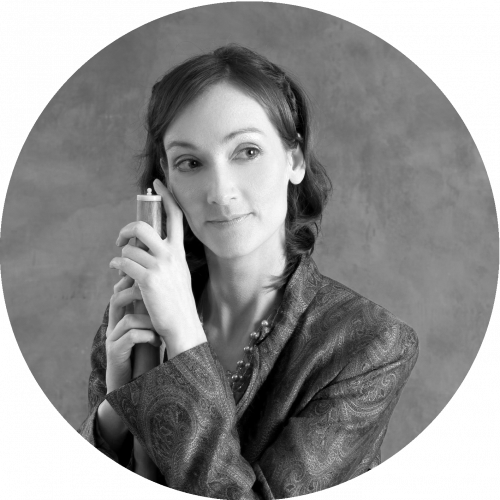 The transverse flute player Jana Semerádová is a graduate of the Prague Conservatory, the Faculty of Philosophy, Charles University (Theory and Practice of Early Music), and the Royal Conservatory in the Hague, the Netherlands (the class of Wilbert Hazelzet). She is a laureate of the  Magdeburg and Munich international competitions. Jana Semerádová is the artistic director of the Collegium Marianum Ensemble and programme director of the concert cycle Baroque Soirées and the international music festival Summer Festivities of Early Music. She is engaged in intensive research both at home and abroad and in the study of baroque gesture, declamation and dance. Many of her unique programmes are built on the interconnection of music and drama. Under her direction, Collegium Marianum stages several modern premieres each year. Jana Semerádová has made a number of recordings; her CDs with Collegium Marianum have appeared as part of the successful series “Music from Eighteenth-Century Prague” on the Supraphon label. On Supraphon she has also recorded her feature CD “Solo for the King”. She has featured extensively on the Czech Radio and TV, as well as on the radio abroad. Jana Semerádová has performed on prominent European concert platforms (eg. Bachfest Leipzig, Mitte Europa, Musikfestspiele Potsdam, Centre de Musique Baroque de Versailles, Festival de Sablé, Innsbrucker Festwochen, Pražské jaro, Tage Alter Musik Regensburg, Vantaa Baroque, Konzerthaus in Vienna and Berlin, and Palau de Música Barcelona). As a soloist she has collaborated with eminent artists such as Magdalena Kožená, Sergio Azzolini, and Enrico Onofri, and she regularly appears with the Akademie für Alte Musik Berlin, Wrocławska Orkiestra Barokowa, Batzdorfer Hofkapelle, Ars Antiqua Austria, and modern_times1800. Jana Semerádová teaches transverse flute at Prague’s Charles University and leads interpretation workshops.

The class is intended both for experienced flutists playing the baroque flute and those who love early music and perform it on a modern instrument, but have not had a chance to study its interpretation on a historical instrument in more depth. Participants who do not own a baroque flute can contact me well in advance at jana@collegiummarianum.cz; a limited number of instruments is available for loan. Classicist flutes are welcome. Who can attend the class? Conservatory and academy graduates interested in baroque and classicist flutes or those who have been playing historical flutes for a long time and have reached advanced level.