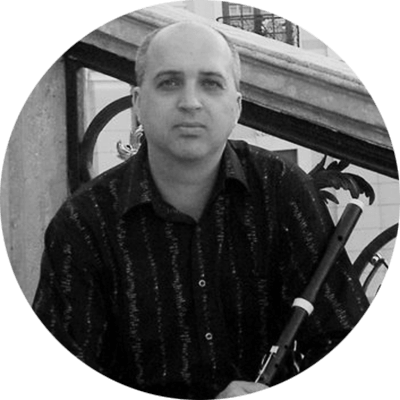 Studied flute at the Pilsen Conservatoire, where he now teaches chamber music and recorder. He studied the recorder with Jiří Stivín and also courses with Nancy Hadden, Konrad Hünteler, Pamela Thorby and Peter Holstag. For eight years he was a member of the ensemble Musica Bohemica, later of the recorder quartet Michael Consort and the ensemble Musica Florea. He also co-operates with ensembles Solamente Naturali, Collegium Quodlibet, Musica Aeterna, Ad Vocem etc. He participated in more than thirty CD-recordings with music from the Middle Ages up to contemporary, rock including. He is a principal flutist of the orchestra of the J. K. Tyl Opera House in Pilsen and also co-founder of the recorder trio Tre Fontane.

The class is focused on ensemble repertoire of the Renaissance and Baroque period with possible overlaps with earlier or later periods. Repertoire will be specified during the first lesson with respect to the instruments and skill levels of the participants.